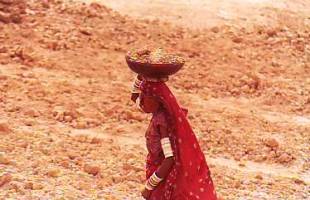 Mahila Mandal Barmer Agor is the result of initial struggle of the its founder president, Mrs Mumtaz Ben, who in 1983 started highlighting problems like water, road, school, eletctiricty, etc., in Indira Colony on the outskirts of Barmer city. She organised residents of the localities, made all out efforts to get these facilities and got success too.

After this initial success, the organisation initiated collective efforts to promote education in urban and rural areas of the district and arrest population increase throughnational programmes of adult education and family welfare. The founder visualised that equality in the society can be brought about by educating women, changing mindset of men and empowering them. The organisation did commendable work in promoting family planning in both urban and rural areas.

In the initial stages, the organisation did commendable work in reaching relief in calamities like outbreak of malaria, famine and flood. It formed a group, collectd and distributed relief material like medicines, foodstuff and blanket in collaboration with the administration, voluntary organisations and trusts.

Activities at a Glance